Justice in the Philippines: What's the right thing to do?

My exposure to the Hubert Webb case last November was a major eye opener. After meeting him in person, thinking about Hubert's situation got me scared, unexplainable tears, and was already set with the decision that if he doesn't get acquitted, will push for my family's migration to another country.

Worried thoughts have calm down after I eventually blogged about it. My perspective on justice has change ever since even though Hubert was already acquitted and free today.

When news about crime and arrested suspect(s) gets reported, I can't help but wonder if the ones mentioned are the real culprits or not.

Katarungan sa Pilipinas komiks contest
One of my blog entrepreneur students, Ryan of Komiks Advocate, organized a contest where the winning artist will develop an illustration based on the "justice for the innocent" theme. Andoyman was chosen for the task. 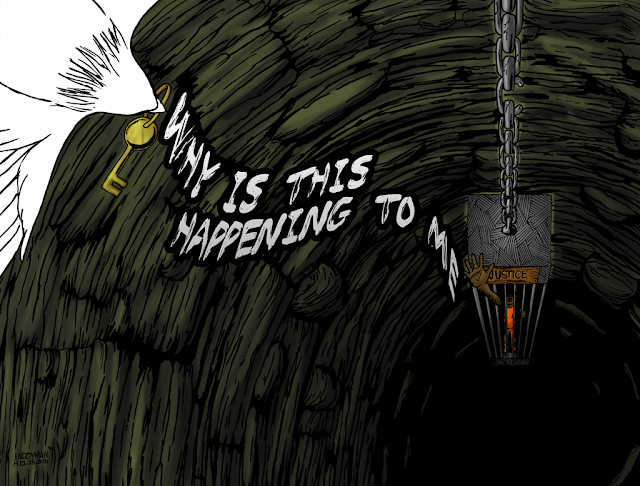 The artwork depicts a common cry of the innocent spending time in jail - crying for justice. As the present government administration wants to steer us all to a straight path, I just hope that progress can also be attained in dispensing justice. Not only swift but also fair and accurate. 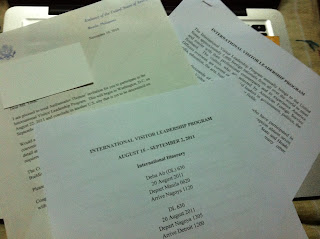 While I was updating my blog post on Hubert Webb, a letter arrived from the U.S. Embassy where I got invited to attend the International Visitor Leadership Program.

Was browsing the Innocence Project at that time contemplating if the same can be done in the country. Hope to learn more about them including efforts to ensure fair dispensing of justice.

I am also interested to learn more about efforts in recognizing bloggers' freedom to blog about court cases without fear of being threatened of subjudice.

As a justice neophyte, have much to learn about it  and hope this video series will enlighten me further to start with.

Will definitely use my upcoming U.S. visit to learn more about justice, energy, security, technology, art, science, among others. Be inspired and do something productive when I get back.

Here's another comic strip illustration from Andoyman on justice. Funny but true.