The Top 10 Emerging Influential Blogs was the first writing project that I've organized online out of inspiration. There were several lessons learned that I've reflected upon and would like to share it here.
On the organization challenges side, this is what I learned:
Achieve the objective
Not to lose sight or focus, the primary objective of the Top 10 Emerging Influential Blogs writing project is to create awareness on new blogs that are making great waves out there. Discovering more than 500 new blogs from the 193 participants, thank you for sharing them!

Want more?
There are ongoing writing projects that the DigitalFilipino.com Club has supported such as the Wika2007 and You Got Blogged. Check them out!
Email Post
Labels: defining success emerging influential blogs 2007 failing forward group writing contest

Anonymous said…
I agree with MLQ3 that defining influential can be quite stingy. I wish we could have only one "definitive definition" of the word. I still mull over the "leadership is influence" thing.

I think that's it: the Digital Filipino name affected the scope of participants of the writing project. Even some Filipinos thought that it was an only-in-the-Philippines project.

I'd also want it to be international, but attracting international participants is just really hard. Besides, Filipinos are generally more active when it comes to these kind of things, and we Filipino bloggers are more consolidated OFFLINE than bloggers from other countries.

You couldn't have done any better than you already did, IMO. For the first time anyway. It's not your fault that some people chose not to participate in the project, or that some people just have too many things to say about it. :) At the end of the day, it served its purpose well.
3:04 PM

Aileen Apolo-de Jesus said…
Congratulations Janette! It was a project worthy of applause especially since it helped in community building. It served its purpose well and you managed to reach your objectives - to get the new bloggers known (and I'm one of them hehe).

Never mind those who've been ranting. It's sadly part of our culture - crab mentality. At the end of the day, the objective was met and there are a lot of people who now have new friends.

@Shari - it's true, our blogosphere is noteworthy and my colleagues are envious about it. Sa susunod sama niyo naman ako sa gimmick niyo! :)
8:06 AM

win some, lose some--we cannot have it all. we cannot please everybody. what is important is that at the end of the day, all's well and that the objective has been met.

you do not know how much you have touched the hearts of many people, particularly the "young" bloggers, meaning those who have just started blogging. through this initiative, many "young" bloggers have become known to others and accepted in the community.

the community has not been stingy, though. those who participated have been good enough to endorse/nominate the blogs that they felt made some impact. seeing the happiness and the glow exuded by the winners was for me an emotional experience. the happiness was catching.

we are not here to make any judgments--who are we to judge anyway? this was all done in the spirit of fun and camaraderie. anything that has a good objective should be lauded, not brought down.

congrats, Janette. for me the "contest" or whatever name it is, has been a humbling experience for me. i have not expected such show of support, not only from those who participated in this initiative, but also from those who have been watching in the sidelines.

my heartfelt thanks to you, and to everyone.
3:06 PM

First of all, you've done a great job and became an inspirtation to others.

Some of my thoughts to add to the "learnings".

1. Make it open for Filipinos, not just here but abroad. There are a lot of talented bloggers out there. Let's focus on expanding the Pinoy blogosphere.

2. Get the other famous pinoy bloggers (read: those with high hits and already succesful) to participate by at least "endorsing" or promoting the next big project on their sites.

3. Focus on a writing theme and reward those whith creativity. This means that some form of judging can be placed within the system.

4. Educate companies to support this. Well, if they don't, ours will most certainly be willing to help.

I guess that's it. More power and thanks for dropping by at gmtristan.com 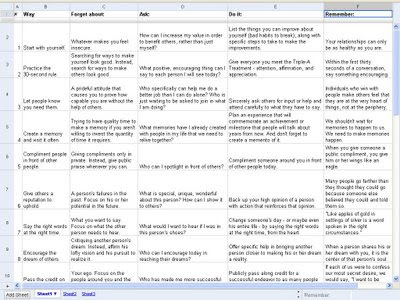