One Laptop Per Child: Losing its novelty? 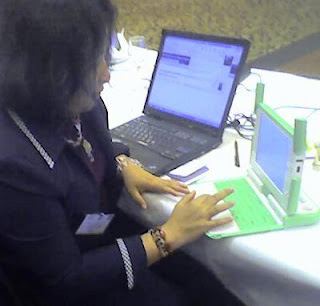 When I was in New Zealand to speak at the Workshop on CyberLegislation, I got the chance to try the famous US$100 dollar laptop for the One Laptop Per Child project. During the discussion, I told the resource person that the Philippines has not yet confirmed its participation in the project, although the Cebu IT community was considering it before, and it may be too high to commit to.

He told me that there is a big challenge now with this project as the likes of India refused to participate as they are capable of building similar devices at a much cheaper rate and feels that there are far more important things to prioritize. China is likewise interested but also having their local players participate in building the devices.

Being able to tinker with, here's my observation: 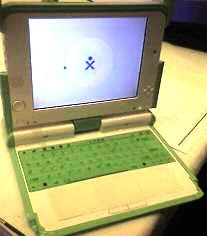 With technology evolving so fast, sometimes I can't help but 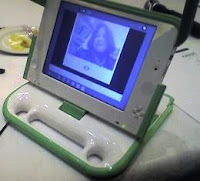 wonder, when playing with it then, if the gadget and the project idea has lost its novelty. It sounded nice when it started but tinkering with it, having a feel of being non-user friendly, makes me wonder if the recipients will get to really appreciate it or they'll prefer just going to their nearby Internet cafe and use the computer. Of course, for areas with no Internet cafe nearby, they may have no other choice.

This coupled with other pressing priorities such as clean water, better education, electricity in rural areas, social services all compete on funds that are necessary to purchase one million computers to participate in this project.